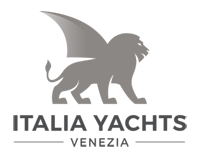 We are the champions
The Chioggia yard has turned a supremely victorious regatta hull into a boat suitable for cruising. With a few additions and very little being overlooked.

The question is a simple one, although the answer is a bit more complicated. Nevertheless we will try to provide it. Can a (triumphant) competition boat be converted into a cruiser? The boat in question is the Italia 9.98 which was world champion, not once but twice. Two world championships, one after another: 2015 and 2016. «A lot of the credit goes to the owner and the crew» claims Matteo Polli, the young designer from Italia Yachts who is behind the 9.98 Fuoriserie project. Perhaps he is right, but we have noted that they were two different crews. To us that means that the boat must also have brought something good to the table. Matteo thinks that the secret behind all these victories «…is a matter of balance. This is a boat that sails well in all conditions, never over or underperforming. The balance that we found is between the hull, equipment and sail plan. We got the efficiency that we needed to win the regattas from the harmony of these elements». 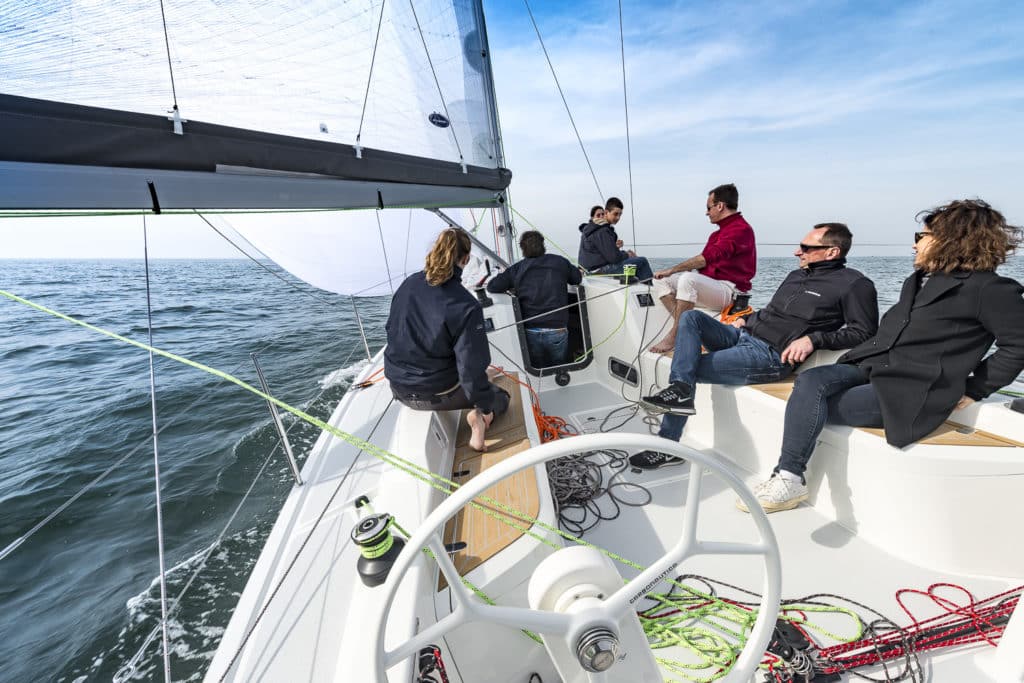 We try to translate this slightly enigmatic concept: everything works as it should, and the final outcome is a very high speed for the rating the boat has. The real strong point, we can now say, are the hull and the fin. The volumes are very evenly distributed. The volumes are exactly the same, whether with the wind astern or heeled going upwind. The waterlines do not create problems in the balance and the boat is thus easy to steer. But the most important thing about the sail plan is the location of the mast. Using research conducted together with North Sail, it was decided to bring back the mast so as to have a larger jib and a slightly smaller main sail. Between two equal sail areas, they chose to have a larger jib. Why is a larger jib needed? Because in a regatta, the 9.98 is one of the smaller boats and so probably on a windward-leeward course it will be sailing behind maxi and other larger boats. It thus needs to be agile and quick to accelerate. And it is the jib which gives acceleration after tacking. So that explains one of this boat’s secrets. 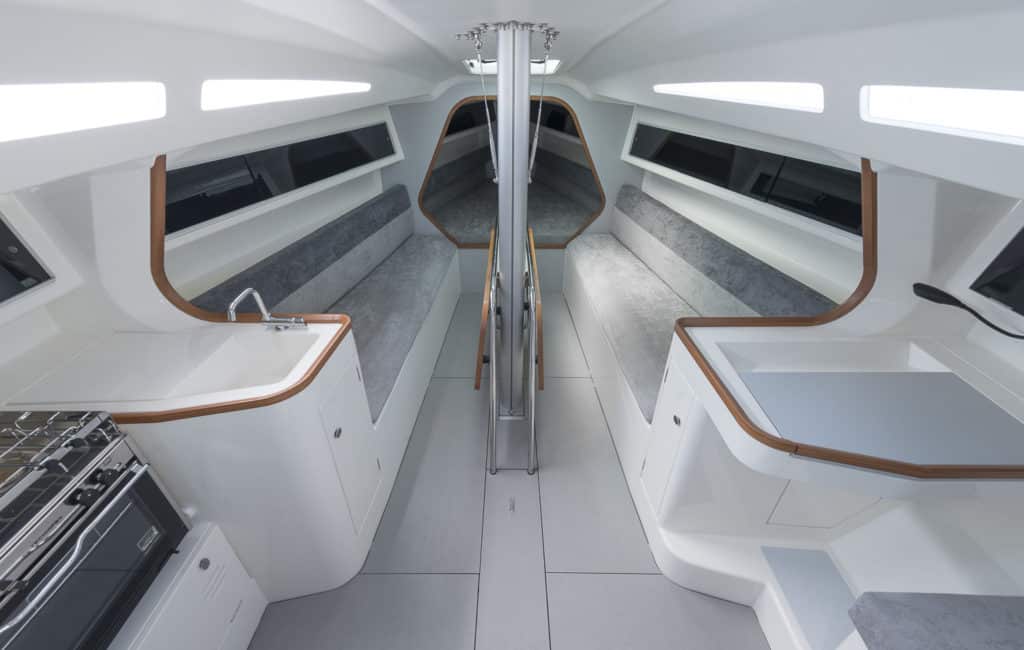 But so far we have been talking about a beautiful racing yacht that is already known, and which was launched in 2014. The one that we have been trying out today, together with Matteo Polli, is the Italia 9.98 Club, or the cruiser version. How is it different? Not a lot, really not a lot. The hull, equipment and sail plan are identical. There are just a few changes below decks. By substituting fixed panels with flap doors, they have obtained cabinets in the dinette and the bow cabin. An oven has been added to the cooking rings and the fabric wardrobe in the stern cabin is slightly larger. There are so few changes that the cruiser version only weighs 50 kg more than the racing one. 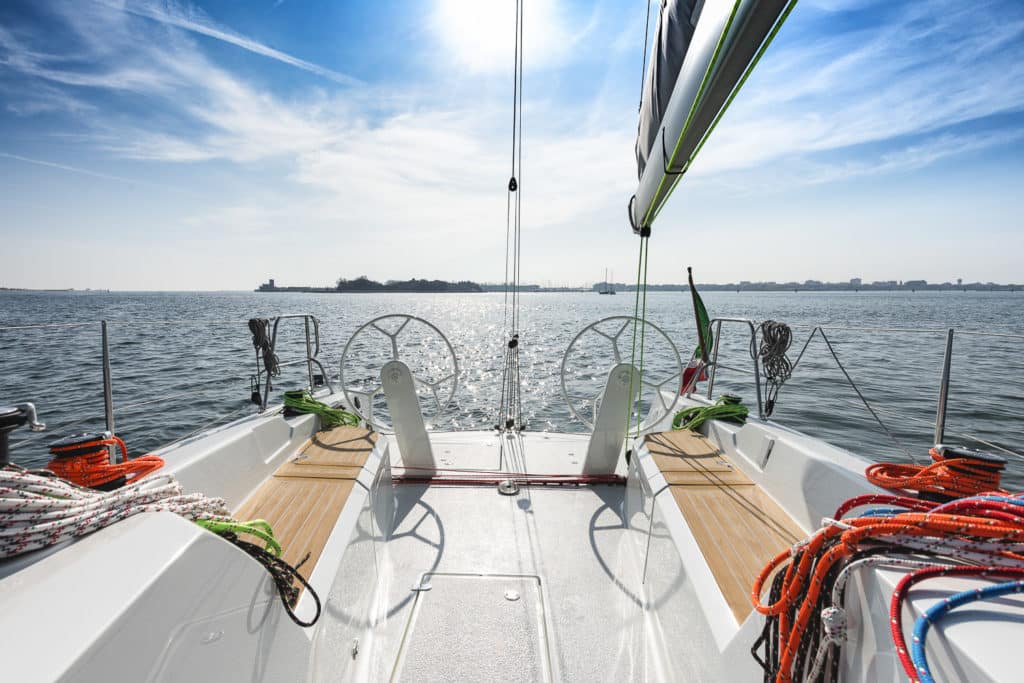 What does change is the cockpit where, rather than the tiller there are two wheels, which had actually already been planned by the designer, and a dolphin striker has been added in the bows to house the anchor. We do the test in the Gulf of Trieste, but there is no Bora wind for us, or any sign of it. There isn’t much wind about, and it is always below ten knots. To fully appreciate its sensitivity, Matteo takes his hand off the autopilot. The wheel is a real delight, and is just as sensitive as the tiller. Despite the fact that it is very much on the racing side of cruiser/racer, you don’t need a big crew to man it. The mainsail traveller is immediately forward of the two wheels and the mainsheet can be easily reached by the helmsman. A second crew member can work on the jib sheet winch. We aren’t expert racers, but we can appreciate the effect of having the larger jib with the mast brought aft. As soon as a gust appears, the Italia 9.98 Club takes off. And that is another reason it is nice to steer. Close to the wind it really handles well: it picks up, accelerates and keeps up the pace easily. We raise the gennaker to try it downwind. It probably suffers a bit here, but nevertheless its handling is better than good. The wheel is a good compromise between sensitivity and hardness. Even when we sail as close to the wind as possible and we go to 100 degrees with real wind speed of 8.5 knots, despite the amount of canvas on the gennaker, we stay on course without much difficulty. There isn’t a barbecue in the stern, and – if the truth be told – not even a table in the cockpit, but you can go cruising because the below-decks liveability is more than satisfactory, as are the cabin sizes. And above all it can be a sailing cruise, even with light winds. The answer to the first question is yes. Italia Yachts has shown that with a few modifications, which had already been anticipated at the planning stage, you can turn a fast racing boat into a fairly comfortable cruiser. 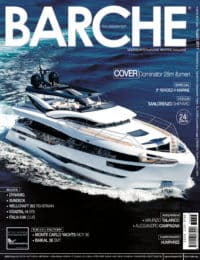